October 31, 2013
Sisters are the best to remember all those crazy ideas you had growing up. And just when you thought 10, 12, 25 years was enough time that they would have forgotten that embarrassing story from middle school, one of them starts laughing and says, "Hey remember that time you....."

Oh you cringe, you cover your face with a pillow, you beg them not to tell it. Again. But of course, it is one of the duties as sisters to tell-it-all and laugh at ourselves along the way.

So to my dear, sweet, baby sister, Sarah....Do you remember the time you wanted to be a cow for Halloween? (Cover face with pillow now and start laughing.)

We weren't really allowed to go trick-or-treating as kids because my parents weren't too crazy about the whole ghosts, goblins, and werewolf-themed holiday. An alternative for us was the annual fall costume party at our church where you were strongly urged to leave the pointed hat and broom at the door and wear a costume portraying a bible character instead. There are only so many female characters from the bible that make a good costume so my sister Sarah, who was 13 at the time, decided to go as one of the animals from Noah's ark.

As any 7th grade girl knows, appearance is huge and fitting in with your friends is even bigger. Which begs the question...

What was possibly going through your mind when you decided to be a giant, life-like cow for Halloween?


As the story goes early in October she saw a super neat, super cute, cow costume in a store. She thought it looked really cool on the girl model pictured on the front of the packaging and she was determined to save her money and buy it for the costume party. My parents gave us a little bit of allowance for odd chores here and there, but it certainly wasn't enough to buy that costume. So she resorted to saving her lunch money every day for weeks. My dad would give us $1.25 each morning for lunch and she would cleverly pocket that money and then sneak the alternative brown bag lunch out of the house in her backpack instead. This cow costume was becoming very consuming and she was resorting to embezzling lunch money to purchase this little piece of Halloween fun.

The day came that had finally saved enough money so she convinced my sister to drive her to the party store to buy the costume for her grand debut. She was very proud of her efforts to be a cow and thought that the life-like udder in the front would win her top prize in the "Best Costume" contest. Halloween night rolled around and it was time for her to slip on her beloved, hard-earned bovine beauty.


The entire thing was one piece and as she began pulling it on she realized that maybe this costume wasn't quite as intriguing as it had been in the store.

Imagine a 13-year old, dressed in a brown and white patched footed onesie, complete with a rubber udder and four nipples strategically placed right around the belly area. Uhmmm...yeah. (Continue to cover face with pillow.)


She saw it, she saved for it, she even had to get a little sneaky to make the purchase and my sister, Mamie told her that she had to go to the party because she spent too much time obessing over this stupid outfit and she was going to wear it! So off to the party she went. The closer she got to the party, the more uncomfortable she became and as she arrived at the church and started walking across the parking the reality set in


Embarrassed beyond belief and not able to even consider walking in the door she made a mad dash back to the car before anyone saw her and told my sister to drive! She ripped that sucker off in the car, begging her to just take her back home and also making her promise not to tell anyone about the costume (yeah, right). She went back home, changed her clothes, tried to stuff that stupid cow back into the plastic packaging and hid it underneath her bed. They did make it back to the party...sans costume.

This has become a classic Halloween story in our family and continues to gets some serious laughter every time. My sister Sarah is all grown up now, married, and has one child. But you are never going to believe what she dressed her one year old like on his first Halloween last year.... 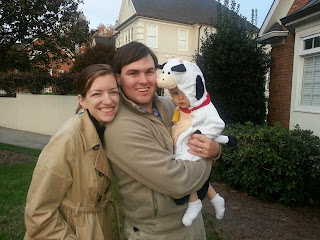 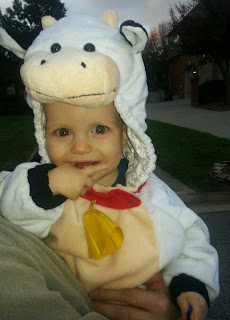 Popular posts from this blog

Thread of Hope - Story of Rahab 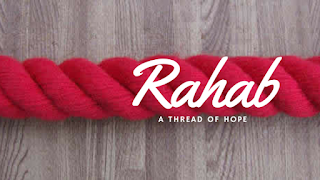 I think a woman’s deepest need is to feel loved and if we are honest with ourselves, our own insecurities sometimes make us do things that we never wanted to do or take us places that we never intended to be taken. Your presence is always felt and when you are gone, it is felt even more. Not because you are the hired help, but because you have huge influence in the lives of other. The greatest influence begins at home. With your husband and your children. You don’t believe it, but you can stake your life on this one. Proverbs 14:1 tells us that a wise woman builds her house but a foolish one tears it down with her own hands. What does that look like for us today? Our attitudes in marriage How we talk about other people How we deal with conflict How we deal with disappointment Our expectations in our family How we give love We must learn to set our minds on the things above and not on the things of this world. We must have an eternal perspective in marri
Read more 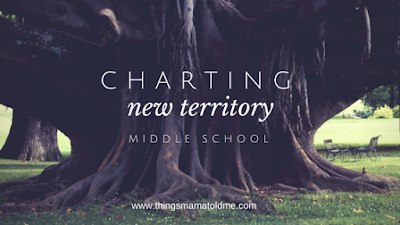 It came in the mail yesterday. His middle school schedule. My heart broke just a little. Middle school is not an easy time. Every one around you is awkward, growing, insecure, trying to find their identity. Kids can be mean and at the same time, some of your truest friendships are formed. It's a little bit of a landmine. Say this, wear that, do this, definitely don't do that. It's scary for both of us.  He's growing into such a wonderful guy but he's still a kid. A true in-beTween. He still wants me to scratch his back at night and lay in my bed to watch a movie together. I'm teaching him how to do his own laundry and dishes. I still have to remind him to brush his teeth. I'm teaching him what it means to be a good friend and how to stand up for what's right. He's not quite ready to get rid of the Legos but his social network, his squad, and his private Instagram account is quite entertaining. He told me last week he gets all his new from Insta
Read more

Why I let my children believe in Santa and love Jesus too! 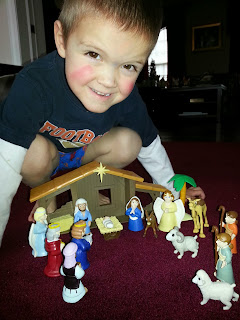 I re cently read a post by a very popular blogger and author that did a great job of throwing down on Santa and anything else about Christmas that did not celebrate the birth of Christ. While I totally respect her opinion and the personal convictions that she and her family have made for themselves, I can't help but feel that many of us moms who read that article felt a bit ashamed for celebrating with our families in a different way. As if we don't deal with enough mommy wars in our parenting styles, now we have to draw a line and get ready to fire at each other over the guy in the big red suit? It is just so ridiculous and I want to affirm anyone who chooses to let their children believe in Santa and tell you right now.... Your children can learn the truth about why we celebrate Christmas and believe in Santa too!  If you choose not to let your children believe in Santa because of a personal conviction or tradition that you all have for your family let me say - I totall
Read more